To develop a musical you need to both let it blossom and trim it back, which we did through various workshops and performances from 2014 to 2016.  The videos and photos are from performances staged in Basel, Switzerland in March 2016. 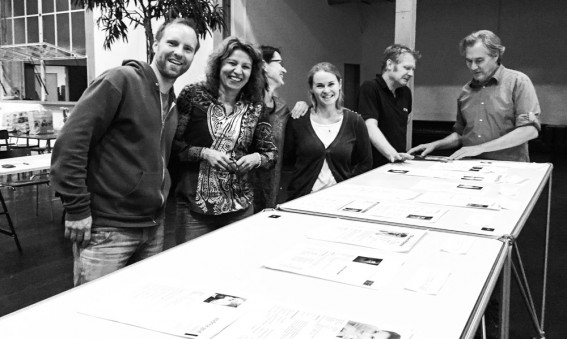 AUDITION – THE FACES AND VOICES OF TEST

The response to our casting call for TEST was gratifying, with more than 250 candidates sending us their bios and applications. In the end, we invited about 50 actors to Basel for the TEST auditions on May 3 and 4. 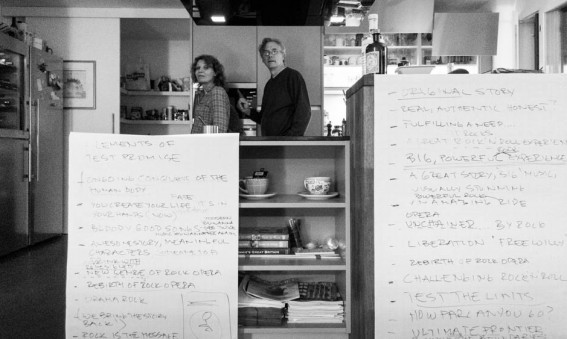 Every business reaches a crucial juncture. You spend years developing a project. Then it comes time to sell it. We recently reached this point with TEST. So we decided it was the right moment to give TEST some velocity.

That’s where our marketing team of Tintti Sarola and Jussi Hyttinen comes in. They swept into Basel recently from Berlin and set up boot camp with the TEST creative team for a weekend. Sleeping wasn’t part of the equation. About a dozen hours of it were found between Friday evening and Monday morning. Eating wasn’t exactly a break, either. It was just a time to move the discussion to the kitchen and then to the dining table. 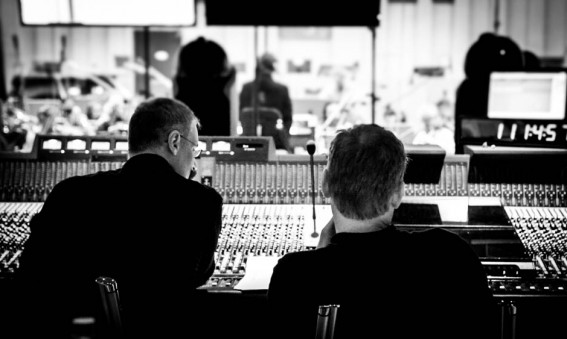 The Deutsches Filmorchester Babelsberg has worked with some of the top names in rock music, including Sting, Bryan Adams, and Rammstein. And now with TEST. The composer of TEST, Jakob Vinje, along with TEST conductor Clemens Bötel, recorded the backing orchestration for several demo versions of TEST songs in the Babelsberg Berlin studios on April 8.

The 55-member orchestra has a long pedigree going back to 1918, when it was known as the UFA Symphonieorchester for Universum-Film AG (UFA). It provided the musical background for legendary silent movies such as Fritz Lang’s “Metropolis” and Carl Mayer’s “The Cabinet of Dr. Caligari.” 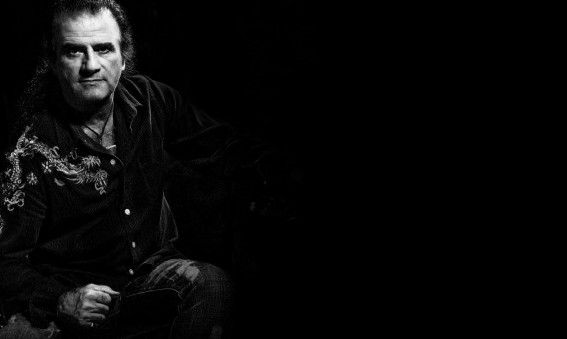 MARC STORACE LAYS IT ALL OUT

Marc Storace has been kicking butt as the lead singer of Krokus for almost 40 years. Other rock singers of his generation can barely whisper a conversation. Marc can rip across three octaves of melodic power rock like kick-starting a Harley.

Forty years of blowing the roof off concert venues tells you something about Marc’s age and stamina. But not everything. Because in TEST, Marc’s stage age is different from his real-life age. A lot different. 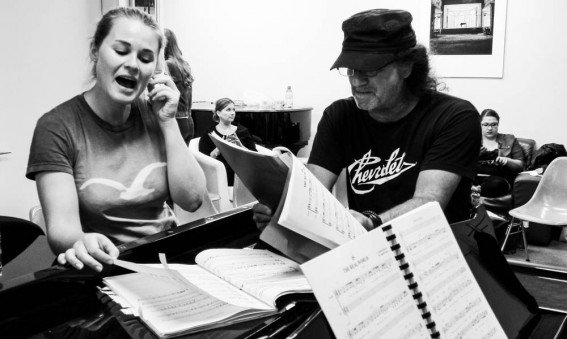 It can take two presidential cycles to develop a musical or rock opera from the point of conception to the world premiere. This time period includes baby steps mixed with sudden leaps of wing-suited flight.

To ask the question “where did TEST come from” is like asking “what is the source of creativity?” Philosophers have frequently pondered first causes, but without successfully finding them. The original spark is often lost in the mist of time, and the long process of creation becomes clear only after the fact.

A large part of the creative process is filling in the gaps as you go. Through hard work and painstaking attention to detail, you add heft and girth to the skinny start. Creativity is not an outpouring or a flow. It is the careful noting and correcting over time of soft spots and missing parts.