London was heating up with the rest of Europe on the first day of July. No one was complaining, though. Life spilled outdoors from the cafes and pubs and onto the streets of the city.
The city was transformed into some kind of southern metropolis, and the grand old British capital seemed a little bit unsure of how to handle its new status. But Londoners and tourists alike knew what to do. Shorts, t-shirts and plenty of liquid refreshments were the order of the day, as the public enjoyed a rarity – a great English summer. There was no sitting in an English garden waiting for the sun. The sun was waiting for us.
However, the Happyville Productions team of Krista, Jamie, Daniel, and Stefan had work to do. We headed indoors and out of the sun to the administrative offices of the Donmar Warehouse, one of London’s premiere theaters. The handsome building that houses the offices sits in a quiet street off Drury Lane in the heart of London’s West End theater district, just steps away from Covent Garden.
The purpose of the visit? To interview two potential directors for the Basel production of TEST. The Donmar and its artistic director, Josie Rourke, played a key role in lining up TEST with some young and cutting-edge directors.
Over the past year the TEST creative team has nurtured contacts in London with the idea of bringing TEST to the British capital – and the European theater capital – after the Basel performances. We have had great luck in linking up with some key people in London who love the music and script of TEST and the idea of a London run.
One of our London backers was at the second workshop performance in January earlier this year. She came away impressed. And since then she has networked with her contacts in the city to organize a TEST information evening in London later this year.
Another contact is the above-mentioned Josie Rourke, one of the leading players on the London and British theater scene. With her gracious help, and that of her assistant Lydia, we were able to interview several candidates in the Donmar offices.
After our work was over, the summer sun still filled the London sky until late. So we took in the best of what Britain had to offer on that day: good cheer, good beer, and a warm and inviting sun.

An announcement regarding the director of TEST to follow soon. 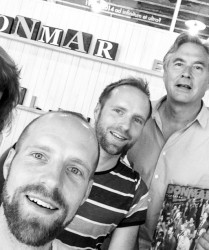 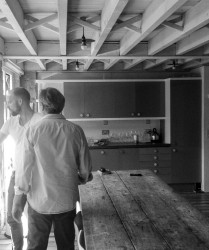 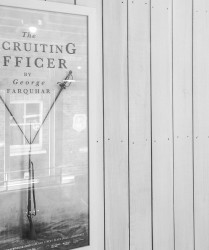 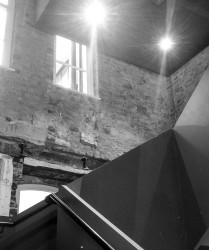