One of our main tasks with TEST is to enlarge the circle of professionals involved in the production. Our goal is to aim high by engaging top-notch individuals from across Europe. Though Basel remains our home base, and many of the actors and musicians come from here, the city is our off-off Broadway location. We want to take TEST to bigger markets.
London, naturally, is where the theater limelight shines brightest in Europe. It is one of the key locations where we want to take TEST. So we are pleased to announce that the director of TEST will be Hannah Price, a London-based director with experience at one of the city’s premier theaters, the Donmar Warehouse, and elsewhere.
“I’m very excited to be part of this new production with its very important social content,” Hannah said. “The music of TEST is first-rate, and TEST has a compelling storyline and multifaceted characters.”
Hannah’s dedication to socially relevant content, along with extremely high standards of theater excellence, is the perfect mix to bring out the edge and elegance of TEST.

Experience in theater and film

In addition to being a freelance theatre director and a director/producer of film and video content, Hannah is also the co-artistic director of Theatre Uncut in London. Theatre Uncut is a national theatre event in Britain that was established in response to the largest cuts to public spending in the country since WWII, bringing together some of the UK’s leading dramatists. It sets out to address political issues through drama. Theatre Uncut has won two Fringe Firsts, a Herald Angel, the Spirit of the Fringe Award and been shortlisted for the Amnesty International Freedom of Expression Award.
Hannah was the resident assistant director at the Donmar Warehouse and worked across all productions at the Donmar in 2012 and into February 2013. She was the associate director on the Donmar co-production of “The Machine” both in the UK and US. She worked closely with the Donmar’s artistic director, Josie Rourke, on this production.
Hannah’s freelance output has been with advertising and video content for major international clients such as Honda, Tate Modern and Google, as well as many other important companies.
Her specialties include innovative projects across both theater and film. Hannah is also a keen photographer, with photos appearing in publications such as the Metro, The List, and others. She also writes about theatre for various online publications, as well as for the Guardian Theatre blog.

“There are many reasons that we wanted Hannah on board to direct TEST,” said Krista Jaquet, co-author of TEST. “She has great professional experience and came to us highly recommended. And we love her energetic personality. When we interviewed her in London, she began by asking clever questions and grilling us, instead of us grilling her.”
Krista also likes the fact that Hannah has worked in the film industry as well as in theater.
“Creating a strong visual experience is an essential part of TEST,” Krista said. “The audience should feel, hear and see TEST.”
Hannah will be moving to Basel in early January for two months to take over the direction of TEST. In the meantime, several meetings have been set up with the TEST creative team until the end of the year. 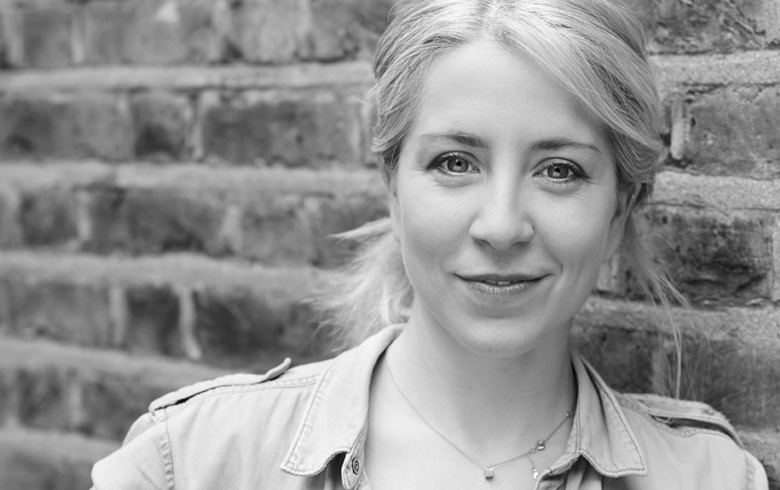