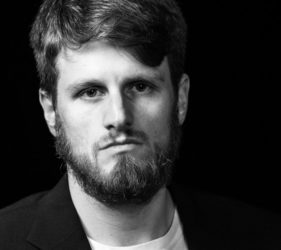 He gets down to earth a lot

The Guardian Angel Mike has one foot in the sacred and one in the profane. Due to his job description he has a better idea than the Gods what is happening on earth. Since he has a lower ranking in the heavenly hierarchy, he has become used to the Gods’ snub. But that doesn’t make him care less about his job. He knows when to intervene and when not.