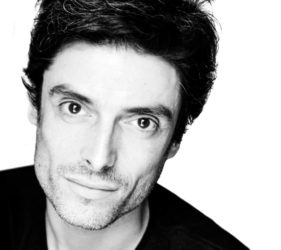 Philippe Bonhommeau is a choreographer, director, actor and certified teacher of jazz dance. He studied both dance and theater in several professional studios in Paris, and over the last 20 years he has pursued his dance and acting career in parallel for numerous theatrical and film productions.

Philippe designed his first choreography in 2000 and since then has specialized in musical theater (Frankenstein Junior, music by Mel Brooks; La Créole de Tulipatan, music by Jacques Offenbach; Shrek The Musical, music by Jeanine Tesori; and La Revue Zigoto Palace, among others).

The rock opera TEST will reunite Philippe with the TEST composer Jakob Vinje for their fourth collaboration in music and theater.