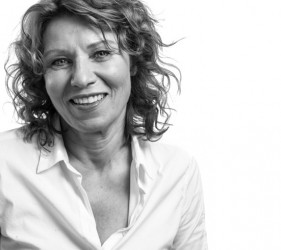 Krista Jaquet is originally from Helsinki, Finland, and now lives in Basel, where she is the executive vice president of a high-tech company. Krista also lived 10 years in Los Angeles, where she worked in the film industry and studied film and performance art at UCLA. Krista has directed numerous plays and musicals, including “A Streetcar Named Desire”, “Rent” and “Don Juan in Soho.” She was also the co-author and director of the musical “Café Brel” that was staged in Basel. She was also the author and director of the play “Expert in Flowers,” which was staged in Basel, Helsinki and at the FEATS festival of English-language theater groups in The Hague. The play was also highly commended by the National Drama Festivals Association’s (UK) One Act Playwriting Competition.