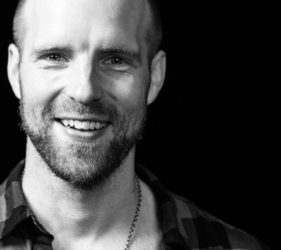 Stefan is from Basel, Switzerland. He grew up in a family of musicians, and at a young age gave concerts all over the world with the Knabenkantorei Basel and various a cappella groups (including “The Glue”). He got to know theater life early. He played viola for many years and later learned basic piano and guitar skills. Prior to his apprenticeship as a stage actor at the Joop van den Ende Academy in Hamburg, he took several years of singing and acting lessons and was trained in ballet and jazz dance. During his training as a stage actor he participated in various gala productions as a soloist and ensemble member, as well as in the Altonaer Theater in Hamburg in the musical “My Fair Lady” as a street boy. He also played Tron ​​in “Heroes of Tomorrow” in Hamburg, Johannes in “Godspell,” the title role in the original musical “Karl der Grosse,” Kenickie in “Grease” and Hud / Cover Berger in “Hair” in Kriens near Lucerne. In Basel he was on stage as Captain Walker in the rock opera “Tommy” and as Collins / Beni in “Rent.” In addition, he gained further stage experience as a vocal soloist and all-rounder on the MS Amadea. As a member of the ensemble he performed at the Stadttheater Klagenfurt in the step-musical “Singin’ in the Rain.” In 2012 he received further training in drama (Meisner technique / camera acting) from Jim Walker (Martz & Walker Acting Studio). Since spring 2013 he has been very successful with the band voXXclub, which is under contract with the label Electrola (Universal), in Germany, Austria, Switzerland and Brazil. In addition to his activities as a performer and singer, he is involved in various projects with young people as a choreographer and lecturer. He is also an arranger and composer.