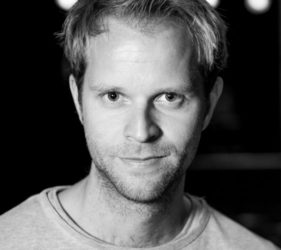 The lighting at concerts, theaters and events has always fascinated Christian. This prompted him to rent lighting equipment and to supervise events upon completion of his apprenticeship as an electrician. Meanwhile, he has worked as a lighting designer with renowned bands in Switzerland and internationally. For example, the bands Dada Ante Portas, 77 Bombay Street and Red Charlie have relied on his instinct for the perfect lighting mood. He accompanied the opera tour Sour Angelica through Switzerland and also Robert’s Airship (Roberts Luftschiff) in Friedrichshafen. Musicals and shows like Songs for a New World, Hexefüür the ballet production, The Dark Side of the Moon, or the circus show Ohlala by Rolf and Gregory Knie underscore his versatility as a lighting designer.
As a light operator he has supervised large-scale productions such as the Thun Festival and the Haldenstein Castle Opera as well as the successful productions on Swiss television of Giaccobo / Müller and The Voice of Switzerland.
In September 2015 the Swiss Light Society SLG awarded him the official title of Lighting Designer.