Twins are great to have around, right? Double the fun at parties. Double the jokes when they’re on a roll. And cool two-part harmonies that seem to come from one voice. No mean trick, that.
You can flip the above, of course, and it’s double the tedium when the twins are feeling down. Double the duds when they’re not on a roll. And twice the effort when you want to have your distance. You get the picture.
Luckily, the twins in TEST, Daniel and Stefan Raaflaub, are the kind of guys that you want to have two of. That’s exactly what we were thinking when we wrote TEST. Their father in TEST, Mr. Conrad, even says so: give us another just as a spare.
Daniel and Stefan were inseparable growing up, singing together in boys’ choirs, playing football on the same team, and, later in life, showing up at parties wearing, for example, the same red trousers and the same white shirt though they hadn’t discussed it ahead of time.
It’s a little weird, of course, to see them together. But when you see enough of them, you instantly recognize their differences. Aha, you say, the same DNA does not lead to the same outcomes. Yes and no. Though their personalities vary, both became musical actors. Stefan headed to Hamburg for his musical studies, Daniel to Vienna. And they both work as professional entertainers.
And now they’re back on stage after last performing together in Happyville Productions’ run of RENT in 2013. In TEST they don’t have to pretend to look different. They can be the twins that they are. Although Tony and Alex, the twins in TEST, look the same, their personalities are not the same. Tony and Alex may share the same DNA, but they end up with different outcomes. 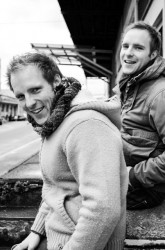 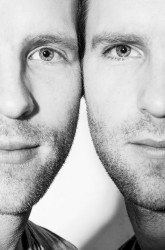 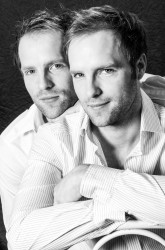 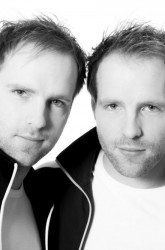 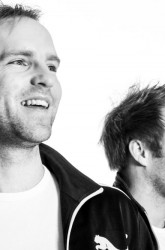